Contests, Winning, losing, this that and the other 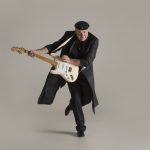 CONTESTS, WINNING, LOSING, THIS, THAT AND THE OTHER

I come to these and more pages, to talk about subjects many songwriters, artists and people interested in as it relates to the modern music entertainment industry, especially pertaining to songwriting, Nashville, and other related issues. One of the biggest one always comes around to CONTESTS. Contests are pretty much everywhere now, from the biggest like “AMERICAN IDOL” or THE VOICE”, to the smallest local talent contests, we all love a competition.

I’ve been on both sides of these, from winning a major National battle of the bands contest in 1984, Sponsored by MCA records and Miller Beer, out of 30,000 contestants, to a “music video” award, in a competition I never knew existed, by film and television producers and directors, to my involvement as a judge in the JOHN LENNON songwriting contest to decades of NSAI contests and a few other local and regional ones, to my most recent one, “second place” in the

“USA SONGWRITING CONTEST”, another National contest, that not only did I not realize I was in, but never entered in it. It was entered by my co-writer and I didn’t even know we were in it until after it won.

One of the reasons I never even considered it is because most contest rules are written to disqualify anyone that has ever had major label cuts (6 of my songs were on major label artists) had a staff writing, publishing deal (I’ve had two) and have been involved in the professional music industry, which I have for more than 30 years. Professionals are not allowed in contests. It is a window for people to gain some notoriety in the industry.

I should explain how I came to be a writer on the song. My “actual Job” since 2000 is a teacher/coach/mentor for writers and artists, from literally all over the world, some in workshops and seminars, but mostly these days are people that come do one of my songwriter “TOURS”. I listen to their existing songs, do performance critiques, help with organizing their efforts, networking, explain some business things that most people don’t get, having seen it from the “other side of the desk” for 35 years.

In many cases, over 3000 since 2003, I will write a song or songs from scratch. They bring in ideas, pieces, or scenarios, and by doing some research on their influences, and also listening to their existing songs, I’ll usually find something different, more advanced, than what they have, and help them put that together in 2 hours or so.
It's the equivalent of “teaching a person to fish” by giving them tips and suggestions on how professional writers approach subject matter, do character development, avoiding “2nd verse hell”, the “twist on the tale” or “Moral of the story” and find things they might not have seen before. For me, the most important thing in songwriting is THE TRUTH, and PERSONAL EXPERIENCES, which make for the best songs, especially in the American contemporary country genre, that most of my clients are interested in.
I always try to incorporate their REAL-LIFE EXPERIENCES into the songs, which make them more personal, and hopefully, endear them to the song. They’ve lived it. I help them write it. I also will inject some of my own experiences is, so it is truly a joint experience.

In this case, I had a writer/artist from near Memphis, Tn. Kevin Stroud, who had seen me perform live in Nashville and sought me out through the Internet, and my web site. This is how most people find me.

Kevin had a few songs that simply sounded like retreads of older country songs. They sounded very much like thousands of other songs we hear all the time. So I was determined to find “something special” for him. At that point, he told me the story of a song idea he had had but never been able to write because he was so close to him. It was a story of his Grandmother, who he had been very close to growing up, and who had passed away many years before. The title, “A DANCE IN HEAVEN” was a phrase that his Grandfather, who had passed on many years before that, had said to his Grandmother. They had been big dancers in their early days and courtship and had actually met at a dance. They danced throughout their lives, and the Grandfather said “If there is a Dance in Heaven, I want to Dance with you.”
That was enough, and I got him to tell details of their lives together. I guess I hit the nail on the head, because what popped up seemed to fit everything he was looking for. A country mid tempo power ballad, all about his family. Was fun to do and a great experience when he started tearing up. I always live for that experience.

He was very happy, and left, and like so many people, I rarely ever see or hear from them again. The song is theirs and they can do what they want. But the main reason for the song is a “TEACHING LESSON WITH PRACTICAL APPLICATIONS.” Hopefully, they take it, perform it, use it to gain gig opportunities and most importantly, other co-writers. Sometimes nothing happens other than they have a good song they enjoy and play for others. Many times, over the years, we will do some form of recording, mostly for them to put it on their own projects. Some do get pitched, some get cut, and most of the time they do their job. They also advertise me to others.

But I rarely suggest contests, because I might get them disqualified, and I’ve sort of done my contest time. Unless they contact me, I rarely know what they do with them. If they get them recorded, or anything, there is usually legal paperwork that has to be filled out. Kevin sort of skipped this part and entered the contest. This was about three years after we wrote the song and I had not heard much from him other than a recording he did on the song. The recording was good, being done here in Nashville but he DIDN’T sing on it, which was the actual reason for the song. But whatever.

The only time I heard anything was when it had won the “Best Inspirational or Gospel” song. (The LAST think I would categorize it as is “GOSPEL”). So that was fine. Then he sent me a press release that it had won second place in the overall contest. The prize was $9000 in “Prizes.” (Which is always a funny thing to get. It’s never quite that amount, but you get the TAX BILL on that figure.) He won a very nice recording microphone, and I didn’t take anything. Really not interested in it more than getting him some recognition.

So that’s nice and resume builder, but he is now finding out some of the “other details” people don’t really know, which is the point of my comments on contests. First of all, the contest owns the rights to the song for a certain period of time. If you were to pitch the song to an artist, you would have to go through the contest for permission to do that. Which can really cause legal problems, if you are dealing with publishers or producers involved in a project. Songs have been dropped from major labels if they become involved in a contest. As well as other songwriters have been disqualified from winning contests if they get involved in a deal.

This happened in the earlier contest I was in, 1984’s, MILLER HIGH LIFE ROCK TO RICHES. We were under contract to MCA records, who were really not going to do anything on the band, past the contest. The second-place winners always seemed to do well, while the winners disappeared after the contest. It took a few years to get OUT of the contract we won, and by then the band broke up, and I had moved to Nashville.  A few years after, I was performing in Nashville, and ANOTHER finalist in the same contest, two years before showed up. His name is the rock star, JON BON JOVI, who came in second in the same contest in 1982.
I said something onstage, and he called me over after I finished and told me that his manager had ensured that they would come in second, so that he was free to sign another record deal that had happened between the time that he entered the contest, and the finals. Second sometimes is better.

So the overall point of this is that contests are fine for what they are. But anyone thinking that they are going to automatically propel them to super stardom, need to be aware there can be other issues involved. Once the contest is over, “it’s over” and they are on to the next contest. As one of my clients found out when they came in second on “THE VOICE”, “When it’s over, you’re done” as she tried to get some video footage for her web site. She got nothing.

They can be fun, you can get some nice prizes, some notoriety, nice, framed certificates, and a shared experience. They can help build skills and put you in the mind set of looking at your songs objectively, and in the shoes of a professional songwriter.
But they also can be very temporary. The winner can go from “The hottest thing in the world” in one minute, and the answer to a trivia question the next.
Some people have used them to great effect. The first few American Idol’s, like Carrie Underwood, have done great. But they still have business ties to those shows. You have to decide what it’s worth to you. Most people would have never achieved notoriety without them, so I can see the positive side.
But just know there is “another side.” Read the fine print carefully.

Overall, it’s fine. I’m honored to achieve whatever notoriety it brings, and fine with nothing if it doesn’t. Never let your highs be too high or lows be too low.

Good luck to all of you in your songwriting endeavors.

Latest Post: On A One Way Train ~ Looking for singer and music ~THANKS !!!!!!!! Our newest member: carissadycus97 Recent Posts Unread Posts Tags